Home What we do? Sport osteopathy/etiopathy

Chloé has been a graduated osteopath from the IFSOR since 2017. The osteopathy is a very powerful therapy because the therapist is looking for the cause of a symptoma rather than simply treating the symptoma alone.

Chloé was trained as a stuctural osteopath which means that she works mainly by structural manipulations (thrusts). The theorical model she relies on in her work is based on one main rule: The stucture is generating the function and not the opposite. When we talk about the structure in osteopathy we talk about the articular/osteo system. The function is actually maintaining the structure only if the structure itself is healthy. The soft tissues around an articulation are elastic in a healthy environment and therefore will be able to absorb the different mechnical demands of the moves. However the tissues’elasticy can be diminished by different former injuries such as: sprains, fractures, tendinopathies, etc.  The Osteopath is therefore going first to poceed to an investigation of the tissues to find the zones with lack of mobility and secondly he will treat them. If the structure is free from fix points, it can better support the repeated mechanical demands of the system in the space and in time. Consequently the function will be better. 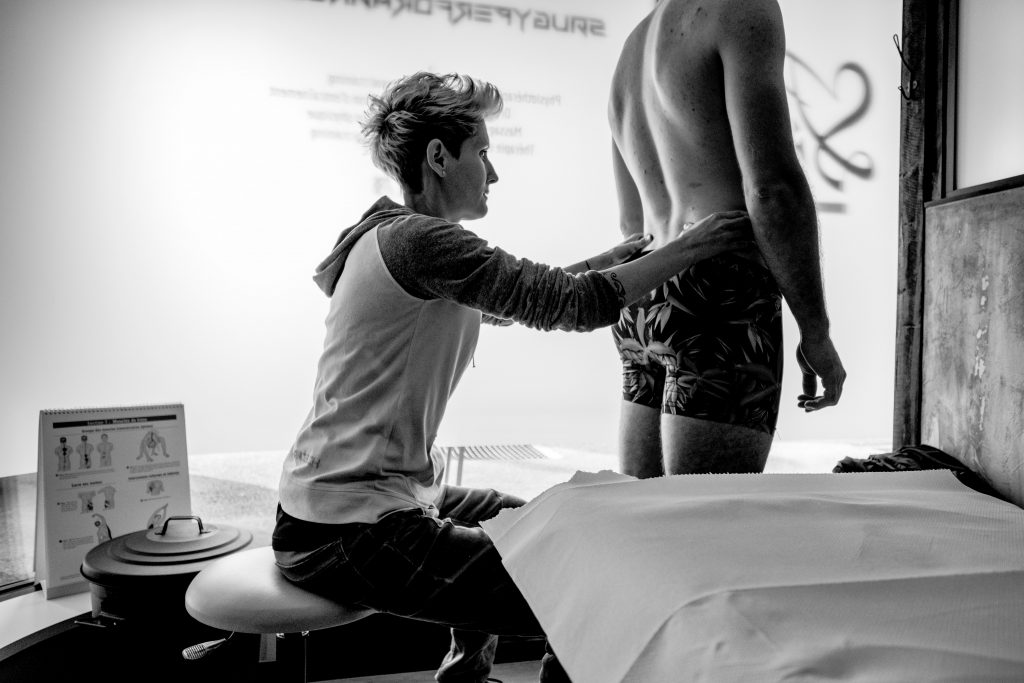 As an osteopath, Chloé is working mainly with athletes and young athletes. She has been the dedicated osteopath of the U12 to U14 teams of Lausanne Sport and Association vaudoise de Football since 2016. She is also looking after the hockey team members of Star Forward. Individual sport athletes such as  Vivien Streit high jumper National Champion indoor 2019, Max Chapuis best Swiss enduro rider  or Léna Mettraux who is preparing the Tokyo Olympic Games also benefit from Chloé’s osteopathic treatments.

She also knows really well the foot pathologies as she did her ostepath diploma thesis on the tenodese of the functional hallux limited. This limitation is usually the source of many issues that face the runners and the impact sport athletes (achilis tendon pain; calf contractures, etc.) . She is working closely with the podologue  Arsène Ayebi.